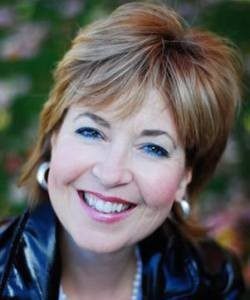 Part of life but, Never easy!

Grief is a natural reaction when one suffers a loss. People get emotionally distressed at losing someone they loved and cherished and it is not easy to overcome this anguish. In fact, it is essential that people talk and express their feelings. This is where Laughter Yoga helps as it is the most effective method to heal emotional distress, pain and mental agony. It is a great connector of people and helps to express emotions freely, thereby reducing suffering.

Yes, it is difficult to laugh while grieving, but Laughter Yoga makes it easier as it is a physical phenomenon, not a mental process. Laughter exercises coupled with deep breathing changes the physiology, thereby changing the mood state and helping a person to view the situation differently. The group dynamics of laughter facilitates an easy outflow of stress and depression thereby promoting healing and reducing the sense of grief.

Read this beautiful story of how a laughter teacher helped her participants get over the grief of losing their fellow member at a senior center.

Sylvie Dagenais-Douville: One of my regular participants in the senior residence, a retired medical doctor, with whom I have been laughing for the last four years, recently passed away leaving behind a legacy of laughter and joy. He was my “ambassador- in- residence”, who believed in the power of laughter so much that one day after a laughter session he walked into the office of the Activity Director and “demanded” I be on the schedule more often in the name of “health”!..And so I started going weekly to the residence to conduct laughter sessions for the members.

He always showed up just a few minutes before the beginning of the session because he would fit his nap before my arrival. After the session, he would always thank me for bringing laughter and sunshine in their residence. He would often add a comment to reinforce the scientific facts of the benefits of laughter. At the end of every year he would thank me for having brought laughter to them for a full year.

Being a man of science the very first year he referred to Laughter Yoga as my “non-sense”…Insisting on how much he loved Sylvie’s “Non-sense”!!! After every session we would have a short chat, about the ups and downs of life and he would share with me his great wisdom of 95 years. On his recommendation, the whole group would usually request extra “Laughter Cream” for their back to last until my next visit.

Last week, I waited for him before starting the session, thinking he might have had a longer nap, but he never came. Instead, his son came and gave me the sad news. The other participants assumed that it would be tough to lead a session. But they all wanted laughter desperately! So we did our laughter exercises.

I know that’s just the way he would have wanted to be remembered – not with tears but with a smile. Even as we laugh together in his memory, I can feel an angel watching over me and my Non-sense!!