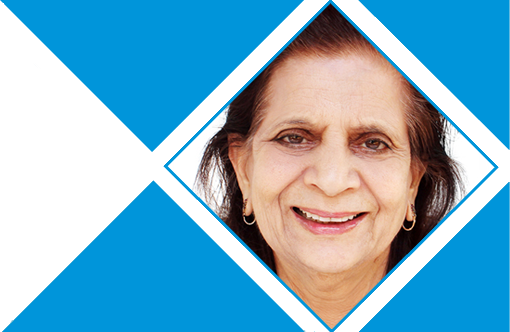 Living with a disability is a huge challenge and can be hard to deal with. It can lead to severe mental trauma and stress. People are prone to negative feelings and emotions that undermines all rationality and gives rise to a confusing mindset regarding one’s own image and capabilities. One undergoes an all time low and sensations of self pity and self worthless set in. Laughter Yoga has the ability to elevate the mood state; it helps cope with physical and mental disability and provides relief from feelings of negativity. The group dynamics of Laughter Yoga leads to more openness and enables people to share their grief. Exercises and deep breathing relax the body and mind and help one to accept reality. Laughter Clubs are a safe haven for people to release their inner feelings without fear and pain. Laughter catharsis is a great technique for emotional release and balance.

Laughter Yoga With The Blind

In October 1997, I received a call from Dinesh Saryia, requesting me to come to an institute for the blind in Dadar, Mumbai, and conduct a laughter session for 60-80 young girls, most of them below the age of 12. Dinesh must have been around 25, but his vision was diminishing due to retinitis pigmentosa, a disease which gradually leads to blindness. He expressed his desire to meet me and work out the details. Though I said

‘Yes’, I was a bit hesitant as I wondered how to make the blind laugh.

Normally, we laugh in a group, and stimulate each other by looking into each other’s eyes. But this was different. After two days, Dinesh came to my office with his blind colleague and spent nearly half-an-hour with me. I couldn’t help noticing that, while talking they were smiling all the time, which is very rare in normal individuals. At that moment, I recalled my visits to blind homes during my college days, when I observed that most of them have an inbuilt smile on their face when they talk.

Another noticeable fact is that these people are extraordinarily talented in certain creative fields like music, weaving skills and other arts. I was quite keen to do a laughter session with them so I went along with four ‘Laughologists’ to the institute where we were given a warm welcome.

After the initial ceremony, we asked a group of 30-40 blind girls to come out in the open, and experience the joy of laughter exercises. Initially, they were hesitant and amused at the idea of laughing in a group, for no reason. But, after ten minutes of persuasion, they joined the group of adults, outside in the compound. Till then, I was not sure whether I would be able to make them laugh.

One needs to look at other people to initiate laughter. Eye contact is an important factor in eliciting genuine giggles. But I was proved wrong, when I experimented with that particular group during the laughter session.

For the first time, I realized that the sound of laughter is also infectious. As the session progressed, the quality of laughter improved. The girls were laughing non-stop, and it was difficult to stop them. It was a indeed a unique experience, and I would like to bring more smiles and laughter to the faces of millions of blind people all over the world. It may bring a fresh ray of hope to their sight-deprived lives.

The city of Bangalore, also known as Silicon Valley of India, has the distinction of having more than 70 Laughter Clubs. One of these is at the institute for mentally and physically challenged children. One day, a teacher from the institute, also a Laughter Club member, decided to conduct a laughter session with these special children. She found them more cheerful throughout the day and more energized. From that day onwards, she introduced Laughter Yoga in their curriculum. It was seen that many children who did not respond to their commands earlier, responded spontaneously after doing laughter exercises. It also helped to improve their physical and mental well-being.

Some years ago, John Cleese, the famous English actor, came to Mumbai, to make a BBC documentary titled ‘‘Human Face’’ and Laughter Clubs of India were a part of that series. During his visit, I took him to many Laughter Clubs, factories and finally to Arthur Road Prison, for a Laughter session. Laughter among prisoners was a humbling experience. I obtained permission from the police authorities to hold a Laughter session among the undertrials. One hour before the session, I went to the overcrowded prison premises, to build a rapport with them. As I explained the concept, about 70-80 prisoners opted to join the laughter session. I was not too sure whether they would laugh or not, because they looked sad, angry and depressed. Some of them had mask-like faces. Along with my laughter leaders, I started with different laughter exercises. After initial hesitation, they opened up and laughed uproariously, as if all their anger had transformed into laughter. At the end of the session, everybody seemed happy, and asked when they would laugh like this again.

I spoke to many prisoners after the Laughter session, and could feel they had a lot of anger and depression in them. If these negative emotions are not removed, they will resort to crime again, when released from jail. Laughter can certainly help in resolving the negative emotions, and putting these inmates into a positive frame of mind. This is my dream project. I am sure I will soon gain permission for such an initiative in India, and the day is not far off, when this idea will be implemented worldwide for not just prisoners but also the jail staff, warden and others who constantly live under pressure and stress.